One year to go! Commonwealth Games 2018

Athletes representing the 23 sporting events of the 2018 Gold Coast Commonwealth Games, asked for one word to sum up how they felt one year out spoke from the heart.

At celebrations across Australia, the GC2018 surfboard clocks finally flashed zero under the number of years left until the opening ceremony.

At every stop, Mr Beattie told the crowd that none of the venues had leaked during the aftermath of Cyclone Debbie last week and that he would be praying for sunshine and an English team thrashing next April. “I know there will be some Ashes-type rivalry between England and Australia and the rest of the Commonwealth,” he said.

Ms Jones said the opening of the ticketing program meant more people would be shifting their focus to the Gold Coast Games. “Today is a celebration of what we can achieve together,” she said. “We will be rolling out the red carpet, not only to other Queenslanders but to all Australians and visitors from the 70 Commonwealth nations and territories that are to come and see for themselves, what we know in our hearts — that the Gold Coast is a very special place.”

Champion hurdler Sally Pearson, fresh from her eighth national title win, said she had been looking forward to her home games for years. “We know what’s ahead of us, we know what to expect of ourselves at certain points of each year,” she said. “I’m trying to take it day by day, event by event but I always have at the back of my mind that the Commonwealth Games are a year away and you know what to expect in certain phases of the year.” 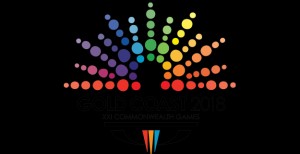