The patience of Gold Coast sellers is set to be tested with properties spending up to two weeks longer on the market than they were a year ago. And experts believe the average days on market for properties is only going to get longer.

Houses on the Glitter Strip took an average 74 days to sell last year, according to CoreLogic’s Quarterly Regional Market Update, which analyses data in the 12 months to November 2018. The report, released last week, showed the average increased by 11 days.

Unit sales were even slower, spending an average of 90 days on the market — 14 days longer than a year ago. 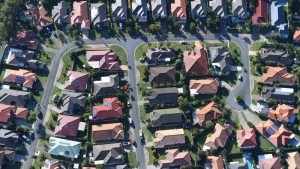 Ray White Surfers Paradise chief executive officer Andrew Bell said as the market moves through a “correction phase”, days on market typically start to blow out. “The market goes through cycles, we have a rising cycle where people are driven by fear of missing out and (have) a great deal of confidence, in that space they move quickly,” Mr Bell said.

“A correction phase of the market, which always follows a rising market (buyers are) driven by a different kind of fear, that’s a fear that they might pay too much so they are slower to make decisions.”

“The reason properties stay on the market like this is that it takes a lot of sellers longer to come to terms with the fact their property is not going to be worth what they thought it was worth,” he said.

“In many parts of Australia properties are blowing out to 120-130 days (on the market).

“(The Gold Coast) average will keep rising, I expect to see it surpassing 100 days during the second half of this year.” 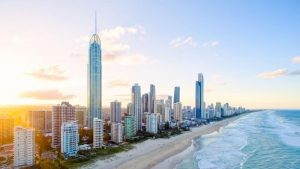 “The only thing that could stop that is if people get more realistic about prices,” Mr Kusher said.
“We are seeing this across the board, around the country, properties are taking longer to sell.

“There are tighter credit conditions, fewer buyers and fewer sales, but it’s not just on the Gold Coast. It’s a tougher market now than it has been.”

The latest data also found sales activity on the Gold Coast dropped by 14 per cent, with current activity 15 per cent below the five year average.

Professionals Surfers Paradise director and REIQ director John Newlands said buyers were more cautious in the current conditions but expected the market to stabilise throughout the year.

“Buyers want to see value for money and that puts a bit of pressure on sellers,” Mr Newlands said.

“They have to be realistic and listen to the market conditions, it’s different today than what it was 12 months ago.”