Gold Coast homeowners are pocketing $7500 more on the sale of their homes than they were a year ago despite less properties changing hands. 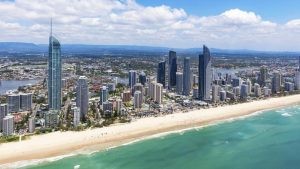 The latest CoreLogic Pain and Gain report, shows the median profit jumped from $120,000 in the June quarter last year to $127,500 in the same period this year. That was despite the total value of profit dropping from more than $518 million to almost $453 million, which CoreLogic research head Tim Lawless said was a result of less sales.

“The reduction in the gross value of profit-making sales is due to there simply being less turnover,” he said. While the data shows a slight increase in the number of Gold Coast properties selling at a loss, 91 per cent of sales were still fetching a profit.

“Fewer sales has a drag down effect on the overall gross value of sales activity.”

While the data showed a slight increase in the number of properties selling at a loss, Mr Lawless said 91 per cent of sales were still fetching a profit. “The data will move around a little bit from quarter to quarter, however the clear trend on the Gold Coast is towards an increasing portion of profit making sales,” he said. 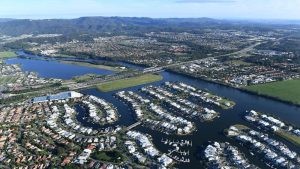 “This trend has been evident since early 2013 when the portion of profit making sales started to consistently trend higher from a recent low point where only 62 per cent of resales were at a gross profit.”

The median hold period has also increased, which Mr Lawless attributed to tighter credit conditions making it hard for homeowners to upgrade or refinance.

The housing market is expected to remain steady, especially coming into the spring selling season.

Ray White Mermaid Beach agent Tash Santos said house hunters also didn’t feel the need to buy so urgently as there was less competition. “Simply put, due to increasing prices, reduced market sentiment and tightening of lending policies, a reduction in the overall number of properties (that have) sold has occurred,” she said.

However, she said the market was expected to remain steady, especially coming into spring, which was traditionally known as the selling season.

Read the full article here as published on www.realestate.com.au