A wave of house hunters on the market for beachfront homes continues to sweep across the Gold Coast with a Bilinga property fetching a record price last week.

The towering seaside mansion at 252 Pacific Pde sold for $4 million days before its scheduled auction on Saturday. It marks a record sale for the street, which was ­previously set by former Queensland Governor ­Leneen Forde’s property of 25 years.

Member for Currumbin Jann Stuckey bought the property at No. 248 for $3.1 million at a packed on-site auction in February. Like that property, the house at No. 252 attracted prospective buyers in droves before it sold late last week. Ray White Mermaid Beach agent Troy Dowker said more than 40 groups inspected the trophy home throughout the month it was on the market. “We had three offers running on it, two locals and one (from) interstate,” he said. “It sold a couple of days before auction.”

A local buyer living on the southern Gold Coast was the successful bidder. Mr Dowker said the property’s 16m-wide ocean frontage was a major drawcard, as many beachfront properties were 10m wide. “It’s wider than your standard block, that gives you a really nice expansive footprint,” he said. 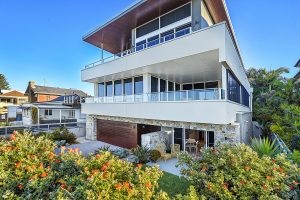 A traditional beach house once stood on the 506sq m block but sellers Kay and Trevor Johnson bought it in 2007 with the intention of knocking it down and replacing it with their dream home. “At that stage, it had an old beach shack on it that had been built in the 1940s and was in a fairly dilapidated state,” Dr Johnson told The Bulletin earlier this month.

Renowned Coast architect Paul Uhlmann helped the couple design the five-­bedroom, three bathroom home that stands today, which was built in 2011. It has a seemingly endless list of luxury features and stunning views of the coastline. The sale comes after another beachfront home at 2 Short Street, Bilinga sold for $3.3 million under the hammer last weekend. 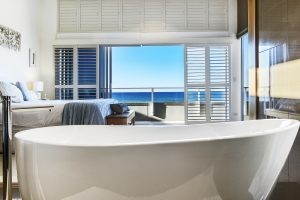 Mr Dowker, who also marketed the Short St property, said following the auction beachfront properties between Palm Beach and Bilinga were in high demand lately. He reiterated the beachfront market’s strength last week, explaining many have sold within 30 days of being listed. “There’s been really good momentum in the beachfront market,” he said.

Read the original article here as published on realestate.com.au

Beachfront homes in high demand despite slower market over winter