A beach front trophy home has been snapped up for a multimillion-dollar price after five days on the market. 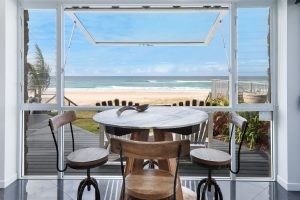 The Palm Beach property on Jefferson Lane was due to go under the hammer this weekend but it went under contract last week.

Ray White Mermaid Beach marketing agent Troy Dowker, said it sold to a local buyer for around $4 million. “I got the deal done in five days,” he said. The sale is due to settle in early September.

Mr Dowker said it received two offers, both of which were from Coast residents who liked its position and contemporary style. “(The home) was pretty much completely refurbished,” he said. “It provides a really good view — you get a really good vantage point looking south and north.” The four-bedroom, three-bathroom home has an open kitchen, living and dining area that flows onto a beachfront deck.

The master bedroom upstairs has a balcony and is separated from the other bedrooms by a second living area and study. Mr Dowker was confident it would have generated a lot of interest if it was on the market longer. “It would have definitely got strong interest,” he said. 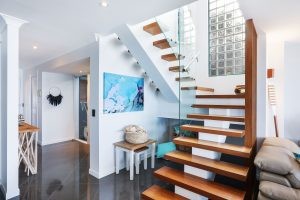 He said the market was strong in the Coast’s southern suburbs with several million-dollar sales settling over the past few weeks.

Read the original article here as published on realestate.com.au

The impact your garden could have on your sale price

The mistake Buyers make with Agents