V8 Supercar driver, Paul Weel, who was lucky to survive a sickening crash in Bathurst has put his luxurious Gold Coast home on the market. 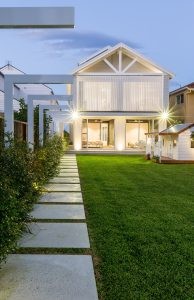 Paul Weel was left with a ruptured spleen, four broken vertebrae and a punctured lung when his stationary car was struck at high speed during a practice session for the Bathurst 1000 in 2008. He retired from competitive racing in 2005 after 12 seasons as a V8 Supercar driver.

Weel and his wife, Emma, have just listed for sale their stunning beachfront home in Palm Beach. They bought the property, which originally accommodated a rundown beach shack, for $3.09 million in 2015. The near-new five-bedroom, six-bathroom house is on an 824 sqm double block with breathtaking ocean views and two street frontages. 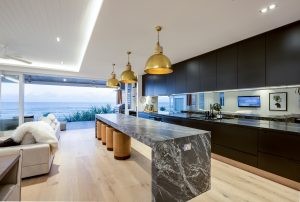 The property at 504 The Esplanade is like something straight out of New York’s Long Island, with its Hamptons style architecture and gable rooftop. The home was only completed in early 2017 and spans three levels, with features like polished concrete and timber floors, white VJ walls and high ceilings.

Weel now runs a family company on the Gold Coast with his father, Kees Weel — a former motor mechanic for Holden — making high-performance radiators and engine coolers for V8 Supercars. The auto parts company, PWR Holdings, was listed on the Australian Securities Exchange in 2015 and is worth around $300 million.

The property is for sale through Ray White Mermaid Beach agent Troy Dowker via an expressions of interest campaign closing July 12. 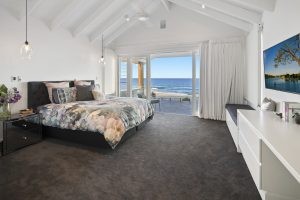 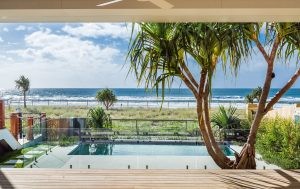 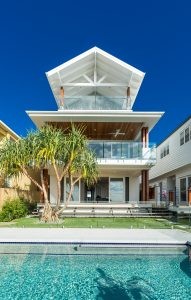 Read the original article as published on www.realestate.com.au here